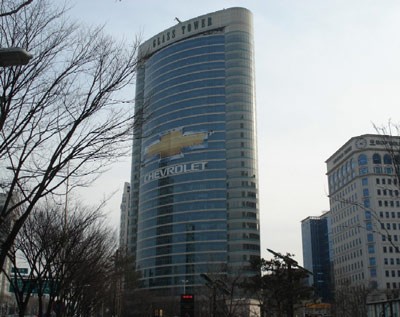 When GM Daewoo decided to change its name to GM Korea and begin selling most of its cars under the Chevrolet brand, it wanted to make the most of its big announcement. To reach its target audience, it decided to wrap a prominent building with a huge banner, 25 meters tall and 50 meters wide.

The building chosen for the high-profile month-long promotion was Glass Tower in busy Daechi-dong, at the heart of Seoul's business district. The challenge was to deliver an easily removable one-way vision graphic so that the image would be invisible to those inside the building when it was fixed to the glass curtain wall.