Leaving a comfortable job behind, Melanie Fergin chose to challenge herself on a new journey to be recognized as one of the car wrap world’s most talented and distinctive specialists.

Based in Adelaide, her self-taught skills have led Melanie to the finals of Wrap Like A King, a global challenge that attracts wrap installers from over 50 countries, in Las Vegas, USA. This Challenge inspired Melanie to become a Queen on the top rungs of her chosen profession. 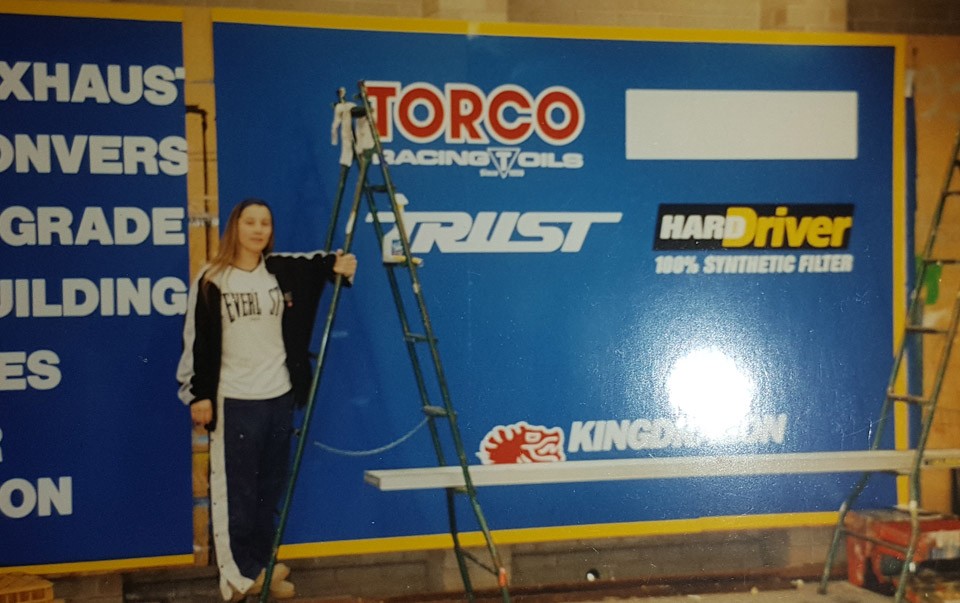 It’s been a long road for Melanie to reach these heady heights and become an independent professional car wrap specialist, but one that’s been eventful, enjoyable and fulfilling. Her journey began when Melanie made a switch from being a highly successful signwriter to a car wrap installer.

“I owned and operated a signwriting business in Adelaide for 15 years,” she says. “After so many years designing and installing car wraps for private and commercial clients, it was a natural progression for me to start doing colour change wraps. And after my first full commercial vehicle wrap, I was hooked!

“Starting out, I found it impossible to get an apprenticeship – there was always something about me being too small, or being a girl.” But undeterred by these rejections, Melanie still wanted to make a career out of car wrapping with her own resources.

“I would practice on old car parts or wrap things other than cars. These could just be things around the house because I really wanted to gain the skills and confidence needed to work on luxury and supercars.” Melanie put in many hours into learning about wraps from either free resources, such as YouTube videos, or participating in wrapping workshops.

“I attended different short wrap courses and always left with a new skill, a solid mindset and even more determination to improve. If I ever did need some advice, to learn a new skill or gain some extra confidence before undertaking a difficult or new wrap, I would watch wrap  videos online and head back into the workshop - ready to wrap like a boss.”

During all her years of self-learning, Melanie would be wrapping and working on fine-tuning her skills.

“I would practice on old car parts or wrap things other than cars. These could just be things around the house because I really wanted to gain the skills and confidence needed to work on luxury and supercars.”

“Since then, I’ve worked on just about any type of vehicle you can imagine - buses, planes, trams, yachts, go-karts, motorbikes and even an Australian-built track-focused hypercar. I’m a very meticulous person at work and I pay a lot of attention to detail. I’m always striving for perfection and I think car wrapping totally suits my personality.”

Her dogged determination paid off. She started to gain a reputation in her local vehicle wrap industry, as well as among car enthusiasts, as a talented and meticulous wrapper.

In 2019, the Porsche 911 Turbo S wrapped by Melanie was crowned the continental winner in the Wrap Like a King Challenge. 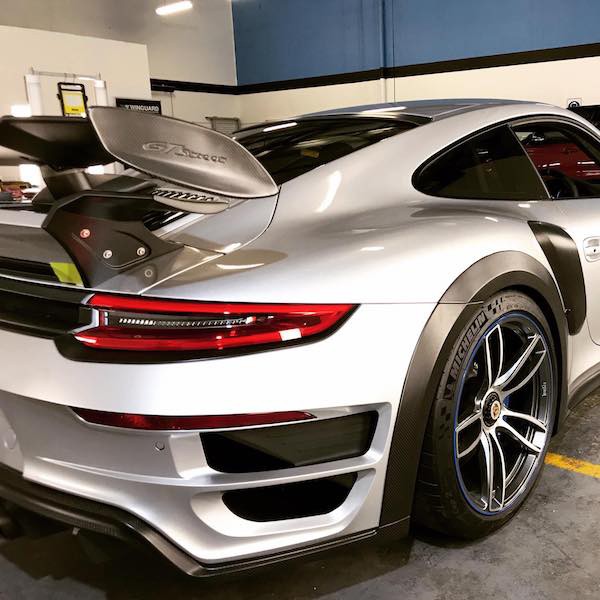 Participating in a Global Wrap Competition

“When I saw the 'Wrap Like a King' competition, I remembered imagining that I could win this,” says Melanie. At the same time, she also thought about all her hard work over the years to learn and acquire her skills for car wrapping, despite the obstacles put in the way of her chosen career path.

“I thought if I can win this, it will really prove to young people - especially women - that we can get into the industries of our choice. We can make the impossible happen if we really want to.”

For the global wrap challenge, the timing was just right – Melanie had just completed a wrap a few weeks before using Avery Dennison Supreme Wrapping Film, a key criterion to participating in that global competition.

A big fan of Supreme Wrapping Film, Melanie loves the film for its slideability and air release.

Pushing the Limits of Wraps

“I enjoy wrapping things that push the boundary a little, such as wrapping difficult cars without the use of joins. So, I really test the film whilst stretching it and making it do things most wrappers would say are impossible.

“Most importantly, I do it so that it will last a long time without failing. Avery Dennison Supreme Wrapping Film has never let me down - it’s incredibly easier to work with, and to control with heat without glue lines, colour alteration and lifting on edges.”

The first time Melanie used Supreme Wrapping Film, she was impressed by the film’s qualities.

“I fell in love with the Supreme Wrapping Film the first time I used it! I absolutely love all the colours. Also, the carbon fibre film is amazing to install and looks incredible applied to just about any surface. In fact, I use Avery Dennison Supreme Wrapping Film for all my car wrap projects - I couldn't imagine using anything else.”

Using Avery Dennison’s wraps have certainly been beneficial for Melanie. When she went to Las Vegas in the United States for the finals of the 2019 Wrap Like A King Challenge, where she had the opportunity to meet wrappers from all around the world.

“I met and chilled with so many other wrappers from everywhere. There were many for whom I have the highest respect - it was unbelievable to be able to network and also for them to acknowledge my work.”

Inspiring the Next Wrapper

Melanie continues to work hard on honing her car wrapping skills and pushes herself to take on more challenges.

Today, reflecting on her journey as a wrap professional, Melanie hopes that her story will inspire even just one person to pursue their passion.

“Beyond the recognition and approval from fellow car wrap professionals, the thought that I may be in a position to inspire someone else to pursue his or her passion as a career is the best feeling ever!”